Pittsburgh is the Birthplace of Modern MMA

On June 23, 2011, an exhibit showcasing CV [Frank Caliguri and Bill Viola] Productions and the origin of the sport of Mixed Martial Arts (MMA) in America officially opened. Making History, the newsletter for the Senator John Heinz History Center (home of the Western Pennsylvania Sports Museum) in association with the Smithsonian Institution, said, “Professional baseball, football, and hockey can all trace their history to Western Pennsylvania. But most local sports fans will be surprised to learn that our region is also the birthplace of Mixed Martial Arts (MMA).

CV (Caliguri and Viola) Productions was the first MMA based promotional company in American history, established in 1979.

Bill Viola wrote the first codified set of mixed martial arts rules in 1979; implemented in over 130 bouts.  Those standards parallel the unified rules of today.

The World Martial Arts Fighting Association (WMAFA) sanctioned all CV Productions events and was the first regulatory body for mixed martial arts in the United States.

CV Productions introduced open regulated mixed martial arts competitions to the United States March 20, 1980 in Pittsburgh, PA with the inaugural “Battle of the Tough Guys” championship. This was the first commercial MMA success and the beginning of a new sport.

Later in 1980, the “Tough Guys” were rebranded as Super Fighters to accommodate a professional fighting image: The “Super Fighters League” (SFL). This was the first MMA league of its kind and set the tone for mainstream mixed martial arts.

Pennsylvania became the first state in history to set a legal precedent for mixed martial arts, officially banning the sport of MMA with the passage of Senate Bill 632 (Session of 1983 Act 1983-62).

“ANY COMPETITION WHICH INVOLVES ANY PHYSICAL CONTACT BOUT BETWEEN TWO OR MORE INDIVIDUALS, WHO ATTEMPT TO KNOCK OUT THEIR OPPONENT BY EMPLOYING BOXING, WRESTLING, MARTIAL ARTS TACTICS OR ANY COMBINATION THEREOF AND BY USING TECHNIQUES INCLUDING, BUT NOT LIMITED TO, PUNCHES, KICKS AND CHOKING.”

Ten years after the passage of Senate Bill 632, the first Ultimate Fighting Championship (UFC) would debut in 1993. 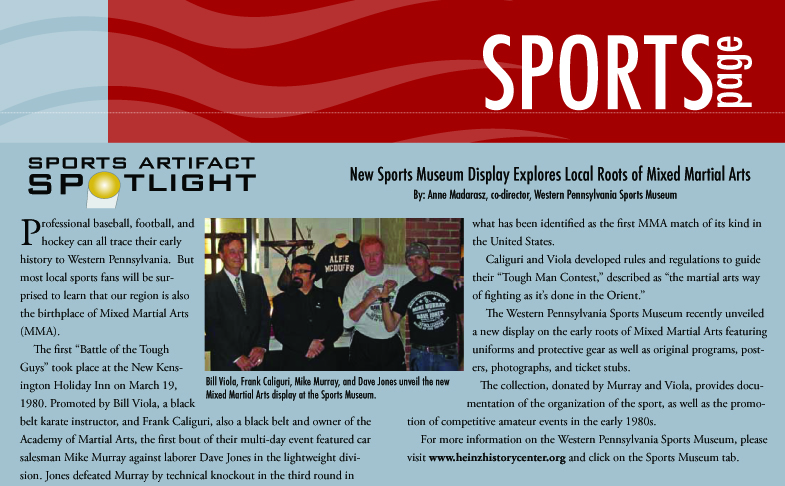 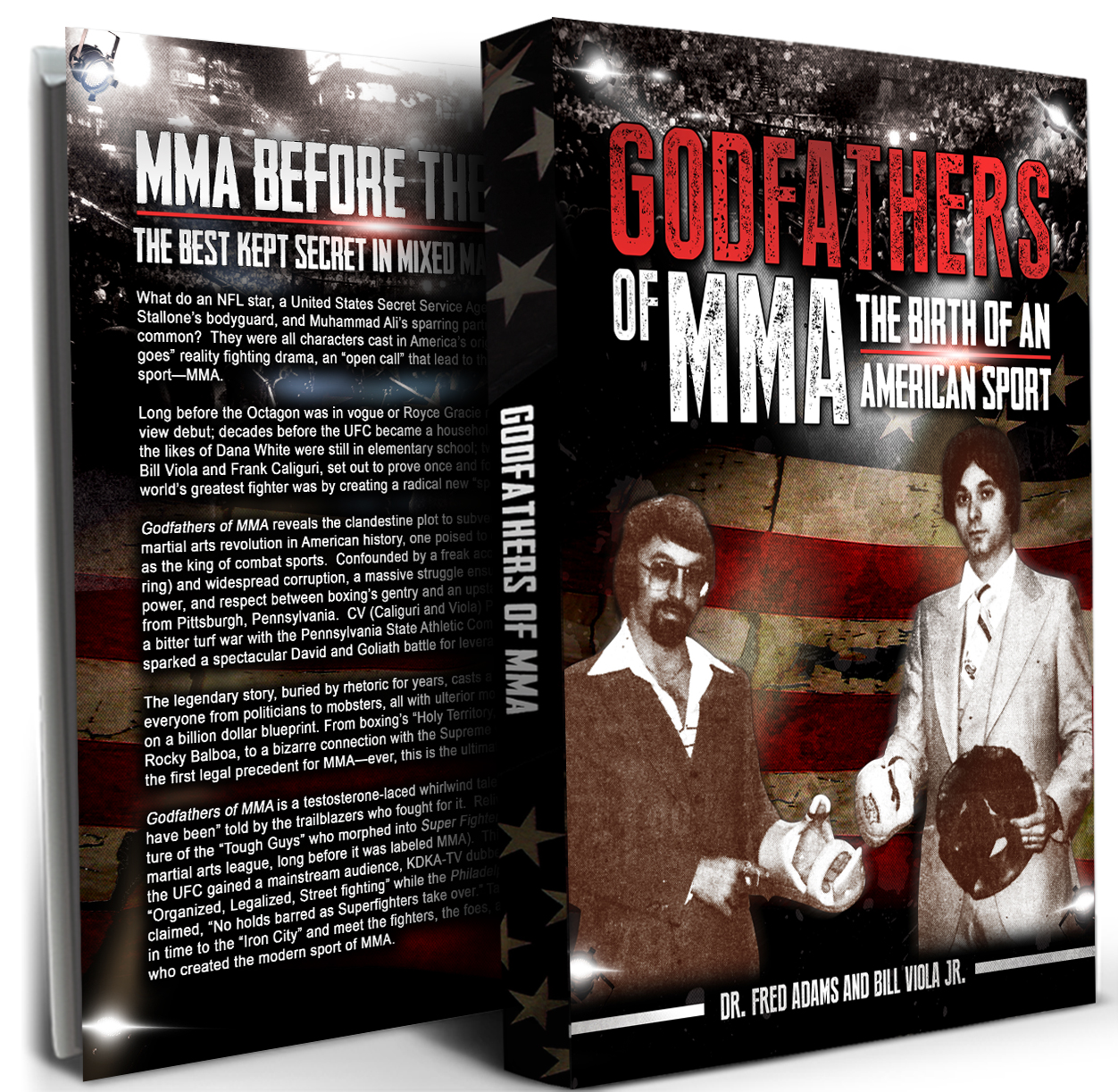 Get your reserve copy of Godfathers of MMA today.