Myth: Mixed martial arts competitions were introduced in the United States with the first Ultimate Fighting Championship (UFC) in 1993

Fighting can be traced back to the dawn of mankind and mixing martial arts to ancient Greece, Japan and Brazil etc.  However CV Productions did establish an organized and regulated mixed martial arts league in America and was the first to take documented steps to develop modern MMA as a mainstream sport.  The date of the first American MMA fight will always be debated, but it is documented at the Heinz History Museum that CV Productions Inc. established the first mma-style fight league in the United States.  CV did create the modern “sport” of MMA in the United States. 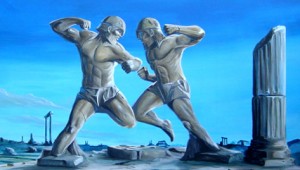 Answer: Some authorities on the subject claim that the earliest usage of the phrase “Mixed Martial Arts” dates back to Japanese Professional Wrestling in the 1970s, although it is difficult to find any conclusive evidence.

One of the earliest printed examples of the term was its use by Pulitzer Prize winning journalist Howard Rosenberg in his Los Angeles Times article: “’Ultimate’ Fight Lives Up to Name: Television: Pay-Per-View Battle, Instead of Being Merely Gory and Funny, Gets Interesting After the First Two Bouts.” (November 15th 1993).   The excerpt reads,“St. Louis cruiserweight boxer Art Jimmerson didn’t get to throw even one punch before giving up. He was swiftly taken down and dispatched with a chokehold by jujitsu master Royce Gracie, whose family is synonymous with the sport in their native Brazil, where mixed-martial arts championships like this one are commonplace.”

Other experts have credited Jeff Blatnick (Olympic Gold Medalist and former UFC Commentator) as the first to use the term (describing the new sport in the early 1990s).  Loretta Hunt, author of the book, Let’s Get It On, claims that “Big” John McCarthy is responsible for the naming the sport:

“I think people might be surprised to hear … John actually named the sport ‘Mixed Martial Arts,’ ” Hunt explained.  “It was called ‘No Holds Barred’ or ‘Ultimate Fighting’ back in the early days.  Himself and Jeff Blatnick – a former commentator for the UFC – came up with the ‘Mixed Martial Arts’ name, but it was John’s phrase.  And Jeff Blatnick is the one who pushed it on the pay-per-views until people really started picking it up.”

The term mixed martial arts is also referenced in a 1995 fight promotion, Battlecade (promoted by Rick Blume).  As the debate continues, most experts can agree that early forms of mixed fighting that permitted both ground and stand up fighting, such as those of CV Productions, are now universally accepted and commonly categorized as MMA (though the term was used at the time).  As mixed fighting evolved in the 1980s and 1990s, it became evident that a fighter must train in multiple disciplines to be successful in mixed competition; thus, mixed martial arts describes a method of training that combines all forms of combat. 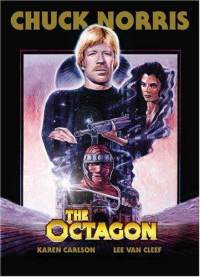 Answer: The controversial subject is still subject to debate.  The UFC’s usage of an octagon is widely credited to John Milius, a Hollywood producer and student of Rorion Gracie.  However there is some speculation that the Octagon was first introduced by Richard Maize and Greg Kazja Patschull of California.On February 21, 1993 Patschull promoted “Cage of Rage” in Irvine, CA and used an 8-sided cage during his theatrical martial arts production (similar to pro wrestling with choreographed fights).  Reportedly, Rorion Gracie and Art Davie were in attendance of the Cage of Rage show.  The UFC featured a similar cage later that year for in November (UFC 1).   Semaphore Entertainment Group (SEG) obtained the legal trademark for the octagon cage (art-director Jason Cusson is credited for the design).  In 2001, Zuffa granted permission for other promotions to use octagon style cages (whilst reserving use of the name “Octagon”).

Fun Fact: 1980 Chuck Norris starred in the movie The Octagon.

Question: What is the difference between NHB and the Sport of MMA?

Answer: NHB (No Holds Barred) typically refers to a no rules type of competition that would permit eye gouges, groin strikes, small joint manipulation etc.  NHB has also been associated with Vale Tudo (Portuguese for anything goes or everything allowed) fights that were made popular in Brazil during the 20th century).  Early UFC events boasted “There are no rules,” and were based more along the lines of NHB allowing hair pulling, head butting, groin strikes, and fish-hooking. UFC 1 was originally slated as a one-time pay per view event without preparations to convert its promotion into a sport.

MMA is considered a sport based on both standup аnԁ grappling arts that are restricted to rules and regulations and the use of safety equipment (gloves, mouth piece etc.)MMA focuses on cross training, overall athleticism, anԁ fight strategy.CV Productions laid the groundwork for MMA as a sport by implementing rules, weight classes, and safety precautions in 1980 that parallel those of The State Athletic Commission’s of today.

Question: What was the inspiration of Modern “Sport” MMA

Answer: The popularity of Bruce Lee’s the 1973 blockbuster Enter the Dragon along with the allure of the Rocky movies provided the right atmosphere to attempt a mixed fighting league.In 1979 CV Productions set out to answer the hypothetical question, “Who would win between Bruce Lee (martial artist), Muhammad Ali (boxer) or Bruno Sammartino (wrestler)” by establishing a league of mma-style fights across Pennsylvania. 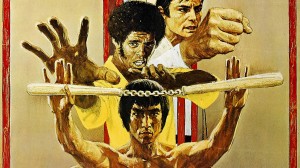 Question: When was the first mixed martial arts competition in Pittsburgh?

Question: When was the first mixed martial arts competition in Philadelphia? 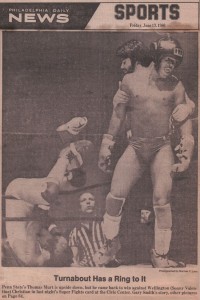 Question: What is the first documented example of mainstream mixed martial arts as an organized sport in The United States?

Answer: March 20, 1980 “Tough Guy Contest” was the first of 10 regulated and legalized mixed martial arts style fighting competitions in an attempt to solidify MMA as a real sport.

CV (Caliguri and Viola) Productions was the first MMA based promotional     company in American history, established in 1979.

Bill Viola wrote the first codified set of mixed martial arts rules in 1979; implemented in over 130 bouts.  Those standards parallel the unified rules of today.

The World Martial Arts Fighting Association (WMAFA) sanctioned all CV Productions events and was the first regulatory body for mixed martial arts in the United States.

CV Productions introduced open regulated mixed martial arts competitions to the United States March 20, 1980 in Pittsburgh, PA with the inaugural “Battle of the Tough Guys” championship. This was the first commercial MMA success and the beginning of a new sport.

Later in 1980, the “Tough Guys” were rebranded as Super Fighters to accommodate a professional fighting image: The “Super Fighters League” (SFL). This was the first MMA league of its kind and set the tone for mainstream mixed martial arts.

Pennsylvania became the first state in history to set a legal precedent for mixed martial arts, officially banning the sport of MMA with the passage of the Tough Guy Law Senate Bill 632 (Session of 1983 Act 1983-62).

“ANY COMPETITION WHICH INVOLVES ANY PHYSICAL CONTACT BOUT BETWEEN TWO OR MORE INDIVIDUALS, WHO ATTEMPT TO KNOCK OUT THEIR OPPONENT BY EMPLOYING BOXING, WRESTLING, MARTIAL ARTS TACTICS OR ANY COMBINATION THEREOF AND BY USING TECHNIQUES INCLUDING, BUT NOT LIMITED TO, PUNCHES, KICKS AND CHOKING.”

Ten years after the passage of Senate Bill 632, the first Ultimate Fighting Championship (UFC) would debut in 1993.