Fighters Only Magazine, the World”s leading mixed martial arts and lifestyle magazine features CV Production”s Bill Viola and Frank Caliguri and the history of MMA in America dating back to 1979 in Pittsburgh in this months issue.  The first competition, Battle of the Tough Guys, made the front cover. “Tough Guy Contest The Real Beginning of MMA in America” Take a look. The story is titled:

“Mixed martial arts in the United States was not conceived by the Gracie family and Art Davie in 1993, it actually began life 14 years earlier in a Pennsylvanian diner. FO reveals the untold story of… MMA”s Forgotten Forefathers”

The magazine is available on newsstands now. 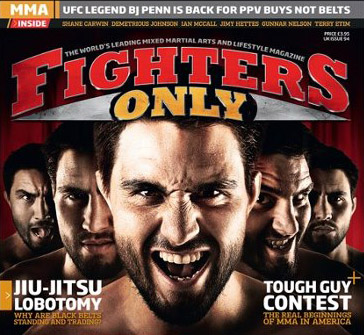 The Pittsburgh region is finally getting the respect it has earned over thirty years ago. A great article on the history of the sport of MMA in the United States.